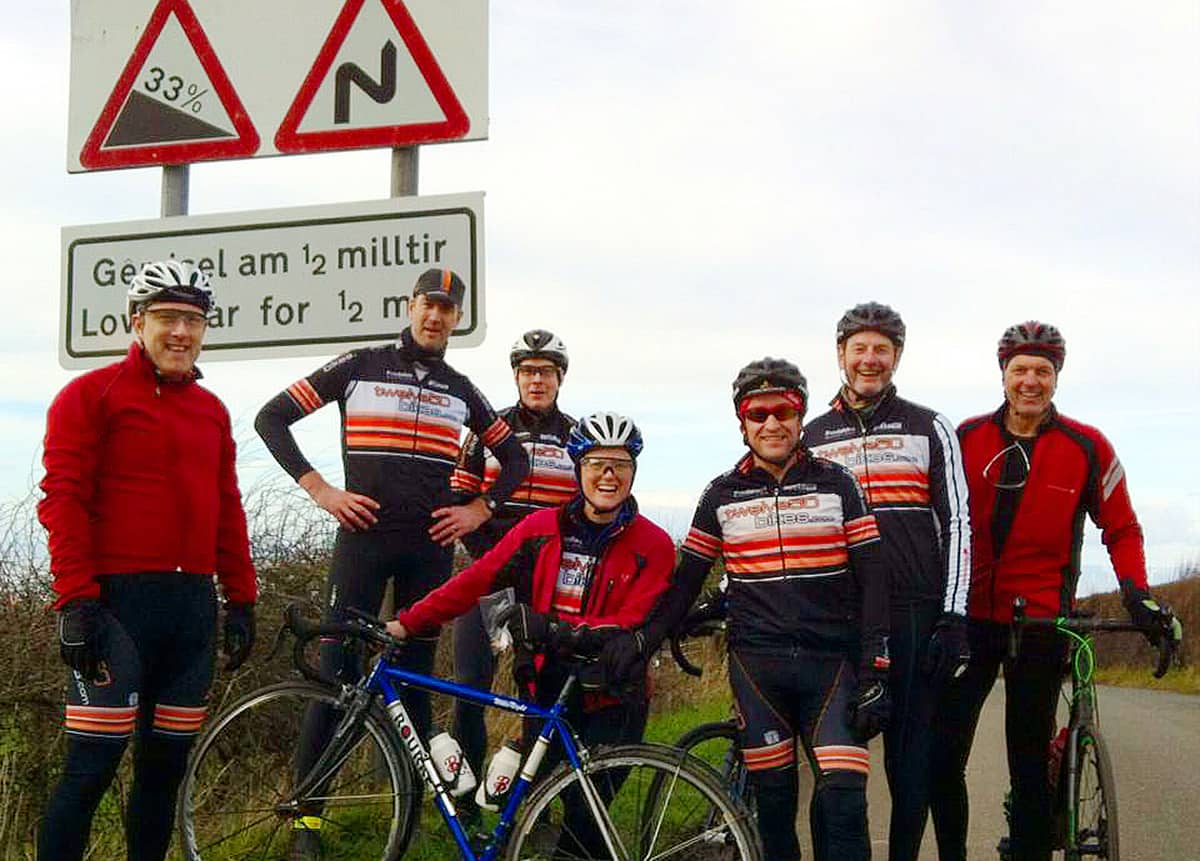 There are few hills that hold such a fearsome reputation as ‘Hillside’ (AKA The Wall, AKA ‘The Hill with No Name’) within Wheelers folklore but in spite of this 8 daring Wheelers set off from Twelve50 Bikes.

The initial pace was swift until Capenhurst but common sense prevailed and as we entered Wales the pace was steady as we headed through Hawarden, Ewloe and Northop and briefly down to the coast at Fflint. Here began the first true climb of the day, up Cornist Lane to Pentre Halkyn (a climb of around 1000ft). It was here that Kevin Sales had the days only puncture. As we waited the Port Sunlight crew swooshed past but this was temporary as they immediately suffered their own puncture and a ‘Puncture repair off ensued‘. 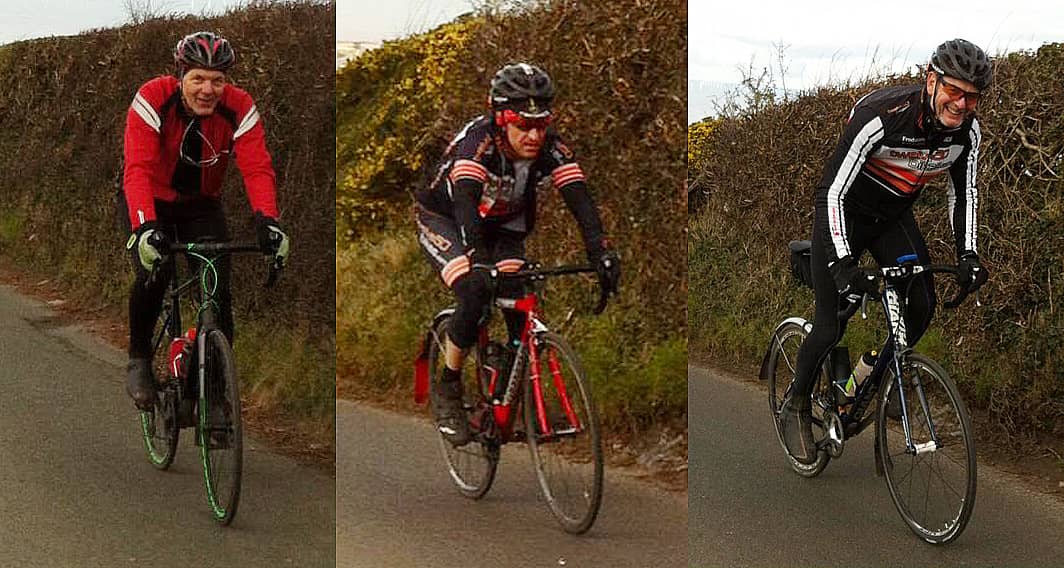 As I waited for the tail enders at Pentre Halkyn, Danny took the Strava route too literally like a deranged trucker 🙂 (it’s only there to guide us Danny!) and as a result another tough climb and a few miles were added. After Babell the scenery was beautiful and we past through the pretty villages of Whiford, Llanasa and descended into Prestatyn where all talk was of the climb which would begin 100m from the café, so no heavy meals were consumed.

the final result was Wheelers 6, Wall 2

The group agreed to take the climb at our on pace, the target to be to beat the hill. I set off as usual a bit too fast and after the 2 hairpins and a few wheelspins the battle to the top on the 33% straight pushed me to my limit but I rolled up to summit exhausted, all plans of immediately taking my camera to snap the lads and Brigid jibbed as I hyper ventilated. B followed shortly after and had the presence of mind to snap away. Great support was given by all and the final result was Wheelers 6, Wall 2.

back to England via The Flintshire Bridge

Thoughts immediately turned to the route home which was bumpy in the extreme. It was at this point that Steve W began to feel a tad weary so we hatched a plan to ‘Bail at Bagillt‘ (Hit the coast road) but before this was possible there were 20 miles of serious lumps and bumps. Steve dug in like a proper trooper and we fairly smashed it back to England via The Flintshire Bridge. It was at this point that I opted to ‘Go ugly‘ (back to Frod/Liverpool via Oil Refinery road) whilst the group decided to ‘Go scenic’ (The lanes).

3 miles from home I started to feel the spectre of the bonk … thank goodness for meerkats!!

After 115 miles and 3 miles from home I started to feel the spectre of the bonk approach and opted for a packet of Jelly Meerkats to get me home, thank goodness for meerkats!!

We were blessed by great weather, very lucky and a very enjoyable day was had by all. Tanks for your company folks. Ride of the day – Steven Wright – The lad did great, dug in and showed the true Wheeler spirit…….and B was incredibly strong all day (had to rein her in!!)